Charlie and his Crate

Charlie loves his crate and it helps to have a large stuffed animal to sleep with. It’s like sleeping next to one of their siblings or “under” as in the picture below! 🙂

Watch the video below to see Charlie in training!

Set your puppy up for success not failure.

It’s never too early to start training your puppy! The first few days we mainly worked on crate training, potty training and getting Charlie used to his ex-pen/playroom. The biggest mistake you can make with a new puppy is giving them too much freedom in the...

Meet the newest member of our pack!!

While having this new website built (my old one was 8 years old so it was really needed) we got Charlie!  At first I was just going to have a page about him with a few videos to show that it is never too early to start training your new puppy.  My awesome web...

Thanks for following along Charlie 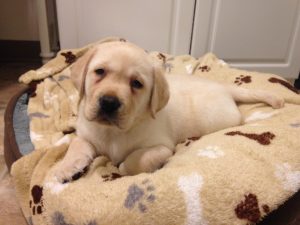